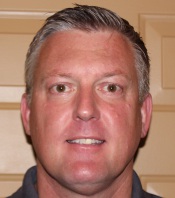 In July 2013, I founded Alpha Leadership Solutions, Inc. to pursue a passion for coaching, teaching and inspiring young men and women to accept the challenges of the 21st century and become leaders.  The journey to this point in my life has taken me to different places and through many experiences, each of which defines my world-view.

I learned the value of hard work living on a dairy and tobacco farm in Kentucky.  I also learned the value of education watching my father apply his college degree in agriculture as a County Extension Agent and from my mother who was a lifelong educator. With those examples to guide me, I graduated from Centre College with a BS in mathematics and was commissioned a US Army Second Lieutenant from the University of Kentucky in 1989.  I entered active duty that summer.

Throughout 20 years of military service, I led Soldiers worldwide in both war and peace. My military leadership experience culminated as a Battalion Commander in the latter part of my career. With our Nation at war, the operational tempo and ever changing requirements placed demands on me I had never before experienced.  Training Soldiers to conduct operations for which they had no previous training and watching them deploy while I remained behind to continue training, was my most demanding test of leadership.  It was also the most rewarding, but as is often the case, with great reward comes great cost.  By God's grace, I realized the cost before it was too late.

I married Everley in 1995.  We are blessed with two sons, Greydon and Brock, who keep us busy with church, school and other activities. I retired from military service in 2009.  I worked for Northrop Grumman Technical Services training Army Officers and Non-commissioned Officers as a Project Manager and later as a Business Operations Manager.  Everley and I have served as the Officer’s Christian Fellowship area coordinators for Fort Sill in the past and are members of First Baptist East church, singing in the choir, teaching youth Sunday school and serving in other ministries.

I am a Soldier at heart and always will be.  As I have matured; as I have become a husband; a father - with sons - the concept of leadership is more than leading Soldiers, military units or other organizations.  It is a life perspective - one which I desire to share.

To schedule an appointment or find out more about the services we offer, please call (580)512-8378 or contact us at info@alphaleadership.net.

Get Social with Us!